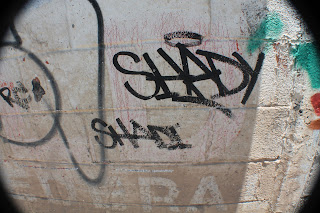 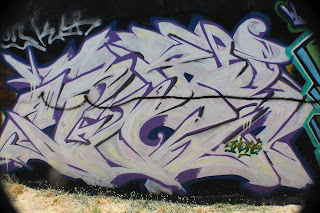 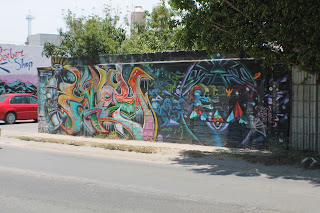 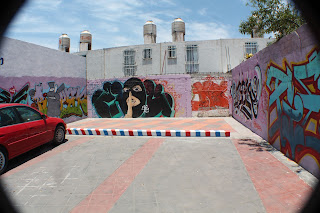 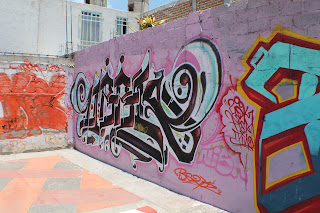 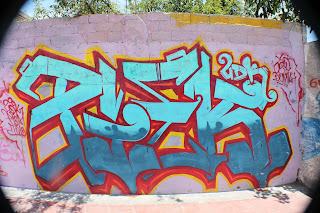 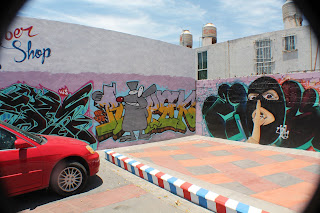 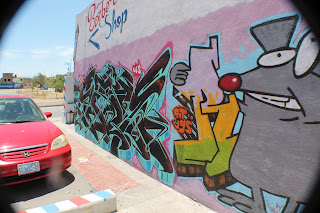 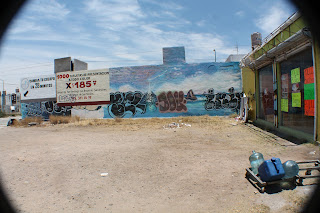 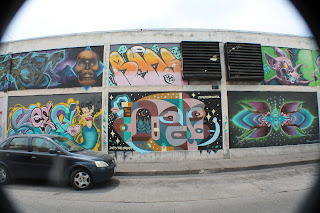 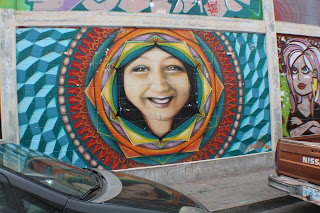 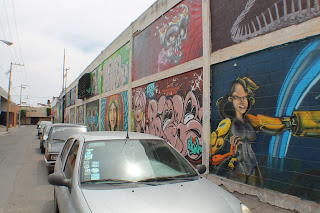 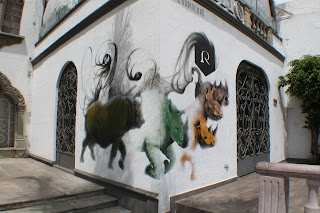 I also spoke with Professor Hectór Gómez Vargas, a sociologist who focuses on youth identity in the Guanajuato region. He offered some crucial historical and contextual insights about the history of the cityas it relates to youth culture. For instance, he marked the year 1989 as a key turning point for the city as it entered a more global market. Between the 1950s and the 1980s youth culture “exploded” in León, influenced by U.S. cultural objects like the films Rebel Without a Cause and The Warriors (indeed, when I first met Nikkis he was wearing a Warriors t-shirt). In the 1970s Beatlemania took hold of León and “the city went crazy, they didn’t know what to do [about the phenomena]. This is the subject of Dr. Gómez Varga’s current research project, what he views as “an incendiary period for moral panic” and such 1970s anxieties, he believes, shapes how youth are treated today. Another key offshoot from 1989 is the legacy of the Panista government, marked both by corruption and more business-person-oriented models of governance (this also explains the harsh Zero Tolerance background, because there are tight ties between businesses and the state) but also social programs that draw attention to things not previously treated by the government (women, youth, etc.) They did three key things in this early period: a larger and more serious municipal archive, more funding for the Cultural Institute of Leon (ICL), and founded the Casa de Juventud. In his view, early graffiti (pre-1990s) was meant “to insult” with phrases like “chinga tu madre” (fuck your mother), later graffiti was about claiming existence and identity, “Aqui estoy” and is more of an international formation.
Zero tolerance, he noted, was a Panista program, and it took place at the time where government entities and businesses were trying to open Guanajuato to new markets in Korea, North America, Japan, Italy, Germany—trying to attract investors. They were also expanding the Mexican art scene—trying to create economic development in Leon there was a big tourism push, so they developed more cultural manifestations, night life, Fox Sports. They were opening micro busineses for youth. And the University of Guanajuato expanded a lot, and it became possible to have carreras(majors) like Arte and Cultura. There was also a move to recuperate the historic center and promote nightlife for consumption. Zero tolerance, given this context, becomes more interesting because it throws into relief how graffiti is positioned during this period as not fine art but instead a “hygiene and safety” issue.
A lot of this was corroborated in the archives, namely, that graffiti writers are dignified as artists only when they make interventions into cultural patrimony and fine art, with the Cine de Oro (Golden Age of Cinema) mural painted in a tunnel of the Malecón and the Bicentenio murals, also painted in 2010. These murals are lauded (in opinion pieces, no less!) because they constitute legible contributions to official culture. Another interesting moment was the first reference to graffiti writers as artists (versus vandals) which occurs in a short article criticizing police violence against artists at a graffiti gallery show. It turns out the gallery was Wes’, the first in Mexico, and one of the artists assaulted by the police was  Nikkis (both go unnamed in the AM piece). Is victimage what admits one into the polity? Is violence the price of admission?
Finally, another evolution of the project, beyond the book, is to initiate a cultural exchange program between my home city of Pittsburgh and León. There are important and interesting parallels between the history of graffiti as an urban problem in León and its urban “boom” and the conjuncture facing Pittsburgh now. During 2015-2016 I have noticed a sharp increase in anti graffiti activities, but also a kind of demonization and repression of youth, both by the city and in public discourse. Consider, for instance, that in a local neighborhood conversation website, NextDoor, that the arrest of a 20-year-old Latino graffiti writer is hailed as a great success and that multiple adults call for him to be punished with “several years in jail!” dismissing any concern about the role that graffiti might play as a means of public communication. I’ve been told by the curator of Pittsburgh’s industrial heritage urban arts program, Shane Pilster, that such vehemence is largely due to a lack of exposure: there have not been substantive conversations about graffiti (and the possibility of legal graffiti) in Pittsburgh. Indeed, when a City Paper front page raised the issue, the comments sections were full of anger about “hooligans” and “vandalism.” To that end, I believe that the artists in León who have been negotiating public discourse and educating non-graffiti-writer publics about graffiti for the past seven to ten years have much to teach us in Pittsburgh about how to craft spaces for youth voice that can work in concert with institutions, or creatively work outside of them. Thus, as part of a broader hemispheric exchange project about art, social change, industrial history, and hemispheric movements, I am working with a collaborator, public artist Oreen Cohen, to bring Leonese artists to Pittsburgh to work with Pittsburgh artists, participate in a symposium on graffiti history, culture, and futures, and lead workshops for K-12 Latin@ youth from Pittsburgh’s public schools. The Municipal Youth Institute of León is excited about an extended cultural exchange, so this would be the initial step in that direction.
** a hearty thanks to Villanova’s WFI Research Grant for funding, as well as the Center for Latin American Studies at the University of Pittsburgh and the Hewlett International Grant at the University of Pittsburgh.