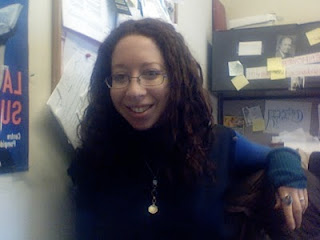 This is a blog about the different ways that existing as a public being means being impacted by varying communicative elements, be they visual, aural, tactile, accidental, irritating, olfactory, or delicious, and the way that these generate a sense of being in, or out, or somewhere in between community. So rhetoric in this sense means the different study of public life, as constituted by various communicative encounters.

Lest the reader think that they could bracket this definition to “Rhetoric: The Study of STUFF!” I’d gently suggest that its important to think not just about the moment of impact, seeing, smelling, touching and even stepping in the “stuff” but how that shapes our sense of identity, belonging, alienation, or mere boredom, and how encounters that might seem accidental are often part of broader persuasive structures (some might say “ideological apparatuses), and it is in sussing out the infrastructure and blueprints of these skeletons that is the fun (and political) part of rhetorical practice.

I include “urban” to explicitly mark my fascination with cities: cities as places of excitement and ennui, anger and ephemeral unity, vapid consumption and moral grandstanding, dirt and splendor, digital signs and beat up “No Standing” signs and including but not limited to privatized parking meters and local gardening. Cities contain all the bustling contradictions that make any analysis of collectivity formation both impossible and addictive.

Finally I raise the issue of the “kinesthetic” the felt, bodied, sensational that mobilizes all of our senses, and often our emotions to draw attention to an area that rhetoric sometimes shunts aside in the rush of doing explicit argument analysis, chronological busywork, and attention to official traditionally “political” (frequently government based) investigation. The kinesthetic reminds us that moments of persuasion, altercation, and subtle shifts in one’s sense of self (that are brought about rhetorically) occur everyday, in unpredictable places, more often outside the confines of traditional legislative work that is so obsessed with legal textual dicta instead of our bodied beings.

So, that being said, this will be a fairly helter-skelter attempt to bring to attention some ideas, objects, and concepts that are part of this constellation of interests. In terms of academic disciplines this might fall into visual rhetoric, cultural geography, urban studies, cultural studies, and critical theory, in addition to rhetoric (as a part of communication studies). I will say explicitly that my orientation towards this work is political. I think that analyzing urban space and public arts that shape senses of belonging and non-belonging is ultimately about finding out how citizenship works in the everyday, how seemingly inclusive spaces, norms, and socialities can function exclusively, and what the specters of exclusion might look like. I read Henri Lefebvre’s “Right to the City” and mostly agree: it is important to think about how to make the city a place of commenality, dialogue, and an actively used place that people can connect in. These connections do not need to be sappy, sentimental, or transcendent. But cities should be places that folks can live in, make claim to, and feel a specificity, even in the wake of globalization. People should have access to participate in the processes that determine what their neighborhoods are like, and whether or not they can continue to live there. I take issue explicitly with the privatization of public space.

I welcome any comments, either substantive disagreements, suggestions or even stylistic calls for clarification. More than a few of our faculty members and colleagues from other schools, public intellectuals, artists and fascinating thinkers I’ve encountered (in the sense of meeting face to face and being inspired by) since moving to Chicago have convinced me that it is essential to speak to broader publics not just folks in the academy. The most amazing part of my research is seeing the work that artists do on street corners, in alleys, under over-passes, and how that work directly shapes lived environments, can be symbiotic with communities, and produces not just an image but memories. In my short experience so far with academic life the most beautiful and rewarding intellectual exchanges I’ve had do not just come from seminars but from spontaneous and direct dialogue, multi-authored creations, at conferences, in the sun-room of our graduate student house, in pubs after conferences end, and on the street.